Are you going to SXSW this year? If you’re there for the music, it’s easy to get lost in all the excitement and hard to make a decision on who to see and where to go. So…we developed this nifty list to help you in making the right choices:

Some of these shows are 18 or 21+. Wristbands and other passes may be required.

SIR SLY is Landon Jacobs, Hayden Coplen and Jason Suwito. The band write, record, produce, mix and master all of their music in their own recording studio. “Gold” is the current single from their recently released Gold EP out now via Cherrytree/Interscope records.

LA band/art project, called “the Most Beautiful Hipster couple of our Generation.” Watch “Everything Turns to Gold”.

Formed in the summer of 2011 by brothers Christopher Valer and Phillip Dominick, the duo were later joined by childhood friend Benjamin Nastase and shortly after recorded their first self-titled EP, released by California’s independent label Burger Records in 2013. To date, the band has opened up for Ty Segall and The Black Lips and is currently about to embark on their second West Coast tour, in promotion of their new full length album entitled Inertia, to be released this Spring.

Jessy Greene and Sunday Lane make beautiful music incorporating violin and piano. Check out our recent review and our past interview with Sunday Lane.

The L.A. quartet just released their self-titled full-length debut this past February.

An actor and songwriter best known for her role as Beth Greene on The Walking Dead.  In 2011 she released her debut EP, Blue Toothbrush, and started working on The Walking Dead where her music has been featured on the show.  In between shooting episodes, Kinney is writing her next record in L.A. and New York, and she regularly performs at LA’s Hotel Café.

The Cold and Lovely

The combined talents of Meghan Toohey and Nicole Fiorentino.  A long time session player and producer, front woman Toohey decided it was time to get back to her roots as a songstress which resulted in last year’s full length self-titled album. Having received several song placements on TV shows such as Gossip Girl and Vampire Diaries, Toohey knew she was on the right path with her songwriting. With Fiorentino currently off her Smashing Pumpkins touring cycle, the band has had time to focus on their newest record, Ellis Bell, mixed/mastered by Dave Cooley (Silversun Pickups/M83). 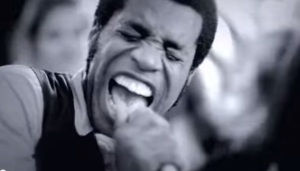 Formed in 2010 out of the ashes of other bands: Ty Taylor (vocal) and Nalle Colt (guitar) teamed up with drummer Richard Danielson and bassist Rick Barrio Dill. In 2011 Music Weekly naming them Breakout Artist of the Year.  The L.A. band has performed on Later… with Jools Holland, Letterman, The Tonight Show with Jay Leno, Conan and Jimmy Kimmel Live, and have had sold out shows at Harvelle’s and the Troubadour. Their first video “Nancy Lee,” filmed entirely with an iPhone, won at the Original iPhone Film Fest.

Wind-up Records will feature five of its bands (Strange Talk, The Griswolds,Jillette Johnson, Crobot, & The Revivalists) and have co-curated a party of their own.

11PM Lost in the Trees

Lost In The Trees are currently touring North America in support of Past Life and will also be in California soon:

Ghost of a Saber Tooth Tiger release their new album, Midnight Sun, April 29 on Chimera Music. Listen to “Moth To A Flame”

Check out BDB and NSPY bands speak about their SXSW dreams in the showcase trailer.

Of course, check the SXSW official website for the entire schedule.