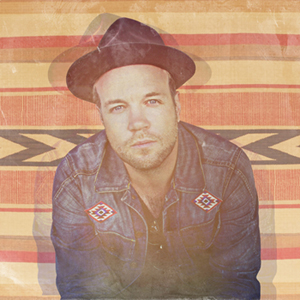 KAI BROWN RELEASES SINGLE & VIDEO FOR “PRINCESS OF THE DESERT”

LOS ANGELES, California — Australian-born, now Los Angeles based singer/songwriter Kai Brown today releases“Princess Of The Desert,” the first single from his forthcoming EP Lala Vol. 2. While on a road trip in Joshua Tree in 2013, Kai began to pen the lyrics to his atmospheric folk gem. The song tells the story of a character who grew up in the desert and wakes up one day knowing that a change in life is needed, and is drawn to the ocean as a place of salvation and healing. For Kai, “Princess Of The Desert” is a song about losing oneself and, with the help of nature, finding a sense of rebirth and true love from within.

“Brown’s songs evoke a distinctly Laurel-Canyon feel; they hearken back to a time when melody was king and acoustic guitars were at a premium. You can hear it in his new single ‘Princess Of The Desert.’ The country-tinged song is a showcase for Brown’s soulful vocals, and the arrangements have a warm, ethereal feel to them. It’s a triumph of a song from a songwriter who is certainly primed for great things.” — Elmore Magazine

The official music video for “Princess Of The Desert,” which stars Australian model Ashley Hart, premiered yesterday via Elmore Magazine. “Ashley was my first choice for the role,” says Kai Brown of his good friend. “She truly embodies the spirit of the song. Her energy and attitude on the set of the video was inspiring.” The “Princess Of The Desert” video was directed by Adam Secore, cinematography by Lucas Gath and editing byMatt Briones.

WATCH THE VIDEO FOR “PRINCESS OF THE DESERT”: 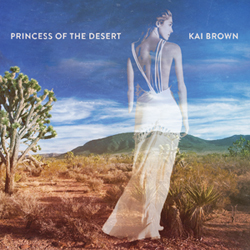 Kai Brown’s forthcoming album, Lala Vol. 2, was recorded in an old church in the Santa Monica Mountains and his vintage Airstream trailer in Venice Beach, rather than a traditional studio. His slightly defiant approach to the recording process allowed for a very atmospheric sounding album, with lots of natural reverb and space. Lala Vol. 2 was self-produced and mixed by 4-time Grammy-winner Ryan Freeland (Ray LaMontagne, The Milk Carton Kids). Kai also collaborated with engineers Mark Corben and Andrew Bush, and consulted with Grammy-winning producer Ethan Johns.

In 2007 Kai Brown sold everything he owned and moved from his home in Australia to the U.S. to live out his musical dream. Since then he’s independently released three albums, played with Grammy-winning artists, performed at festivals and concerts throughout the U.S., Canada and Argentina, and written songs that have been licensed by Lionsgate Films and Patagonia. In 2012 Kai released Lala Vol. 1, an EP about life in Los Angeles. The following year, one of the songs from the EP, “Take Me To Your Heart,” a duet featuring co-writer and surfing buddy, Costa Rican superstar Debi Nova, took on a life of its own, climbing from #50 to #1 on one of Costa Rica’s largest radio stations, 94.7 La Lista, in just six weeks.