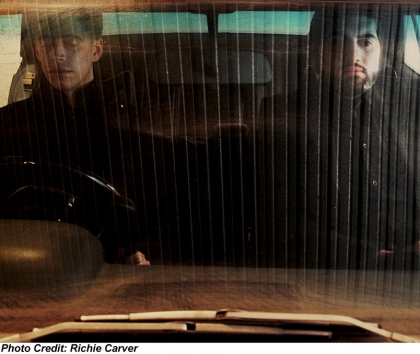 “If Digitalism were going to throw a party, you would definitely want to go…”

German duo, power pop group Digitalism, puts on an entertaining, exciting live show. The night of December 13 at The Music Box started out with the dark, digital, airy sounds of Data Romance, who created the perfect foil to the more upbeat headliner. Digitalism electrified the crowd, inspired them to dance, jump and move around with gusto and glee. I’ve never been to an electro show and I didn’t know what to expect before I got there but once I got settled in and got used to what I was witnessing, I had an epiphany. Everything I thought about sound going into the show, completely changed once I came out. If Digitalism were going to throw a party, you would definitely want to go. Even the downbeat songs were lively and entertaining to watch.

Digitalism plays at full force and the sincerity in the sound is very genuine. This was by far the most visually and musically stimulating show I’ve ever seen. Bumping bass and video-gamey sound complimented the movement in the light show. The colors in the digital hearts told phenomenal stories and created a burst of energy equivalent to watching a live cartoon. The reverberation made bodies tremble and minds warble with the essence of dubstep combined with sweet vocals. This show was a digital dream, a beautiful first impression.