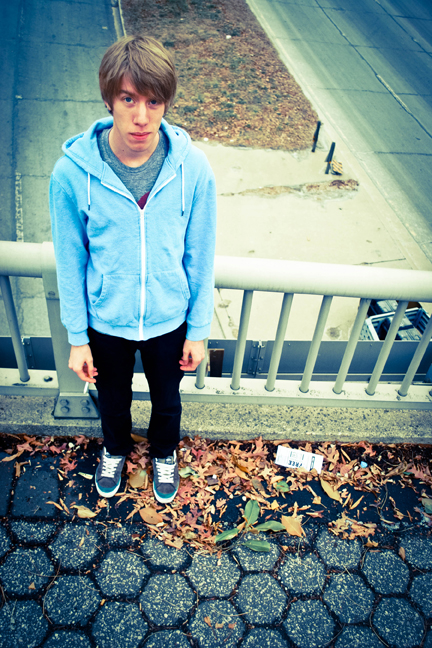 Once in a while you come across a shining jewel among the sea of wannabe-rockstars on the internet.

Can an album without lyrics be so thought-provoking? Apparently, yes.

Once in a while you come across a shining jewel among the sea of wannabe-rockstars on the internet. After following Mush Records on twitter and reading their mentions of a new electro album called “Handpainted Glow” by Is And Of The, I was interested in seeing what all the hype was about. Is And Of The, we discovered, is the musical project of Drew Bandos, a humble, 20 year old experimental musician, who obsessively writes, records, and produces his own music in his dorm room in between classes. But this is not an amateur effort from a young man aimlessly tinkering with sound effects. Rather, Handpainted Glow, we realized, is an enjoyable earful of melodic synths, fused with pleasant guitar riffs, like a collection of memories pasted together into one bold and stunning piece. Drew Bandos has stated he always created music for his own enjoyment, and after one day deciding to package a demo, he shipped it off to many labels, finally being signed by Mush Records. We are glad he decided to share his music with the world. You can tell that each song on this album tells a personal story, although the lyrics are inaudible and often “drenched in reverb to spoken word ramblings,” as Mush Records puts it. Even so, you can’t help but get caught up in the hypnotic reverie of the music, without knowing what the lyrics are saying.   Handpainted Glow is an album that must be heard and promises to make you stop and reminisce.

Our thoughts on the tracklist:

How We Used to Drift — it’s really 4 songs in one. Keep listening and you’ll be pleasantly surprised. What begins as a soft, introspective melody develops into an upbeat foot-tapping rhythm, and just when you are getting ready to dance, you are tossed ruthlessly into a sobering and eerie sequence of strings, which makes you stop and ponder what just happened. Can a song without lyrics be so thought-provoking? Apparently, yes.

The Past Inside the Present — choppy synths, ghostly lyrics, a moaning electric guitar. Adding to the mystery of the song and what it must represent, a woman’s voice speaks at the end about the “fourth dimension.”

Grasshopper — perfectly titled – some of the unique effects sound insect-like. We like.

Foggy Pennsylvania — more dreamy synths over inaudible foggy lyrics, perhaps Drew’s memories of Pennsylvania, of which he is a native. The song wraps up with a soft guitar as though the fog has cleared.

I Drew A Crescent With My Movement Forward -different from the rest of the album – this one is a haunting humming over piano.

Out Door See – gentle, dreamy, is that wind chimes we hear? This one is a bit long —  7+ minutes of a lazy summer afternoon. A good way to round off the album.

Our favorite:  How We Used to Drift.

WATCH THE VIDEO FOR SLEEPLESS DREAM (from previous album):