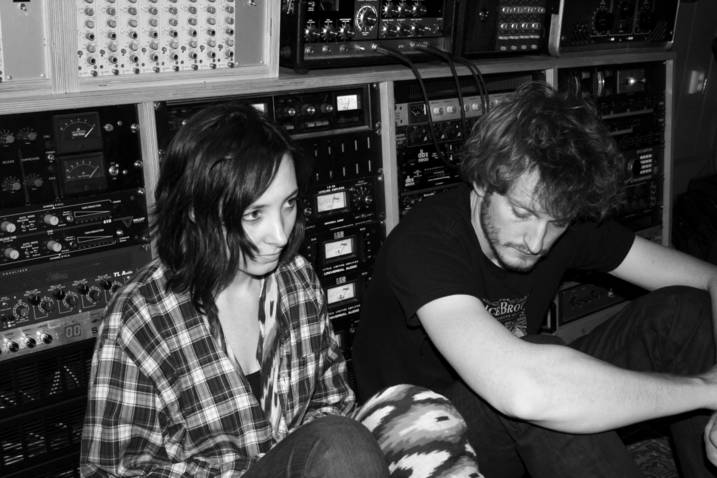 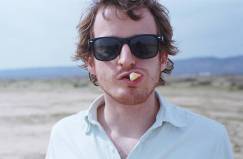 Based in LA and signed to Veranda Records, Jim Haft’s album, Weddings Or Funerals produced by Lasse Marten (Lykke Li, Shout Out Louds, Peter, Bjorn and John) will be released in the US on April 10.  In our interview, Jim says one of the biggest challenges in the music business has been to keep from being distracted and “to remember that the song is what matters…”
[Interview by Monica Harris]
Q: Tell us about your experience recording at Decibel Studios in Sweden.

Jim: Recording at Decibel Studios was everything I used to dream of when I first picked up a guitar.  You’d write a song, go to a studio, meet amazing musicians, a super tall engineer would hit record and just like that you make an album!  The only difference is that all the musicians were Swedish and copious amounts of coffee were consumed.  In short, the experience was amazing….we spent 3 weeks inside this beautiful studio in the heart of Stockholm working with such an amazing group of people.  Samantha and I left the session feeling so inspired to keep making music and commit our lives to songwriting.

Jim: When you do your best to avoid having a proper job… you get to reap the benefits of never having to get dressed up or get haircut.  Unless of course your Mom tells you to or you have to go to a wedding or funeral.  Otherwise, your fancy clothing or suit just hangs in the back of the closet behind an abyss of un-ironed plaid shirts.   The song sort of started with that idea, and led me to think about all the people in my life, primarily family members that I only get to see at weddings or funerals.  Those are really the only times where everyone drops what their doing and makes an effort to be there.  I had just lost my Aunt to cancer and realized that the only times I got to see her over the last few years of her life were at either weddings or funerals.  With that, the song sort of ended up being a letter to her, recounting that trip I took to say goodbye to her.

Q: What has been your biggest challenge in creating music?

Jim:  Answer 1 –The first challenge in creating music is not worrying about what your friends or family think.  When you write there are these walls or censors that pop up where you go…I can’t say that, so and so might think it’s about her…or…I can’t sing like that because my roommate will make fun of me for sounding to country.  If you think about the best songs, movies, books, etc – the writers are these people that we admire for saying the things we can’t or won’t say…or don’t know how to say.  I bet if Springsteen changed the girls name or lyrics in ‘Rosalita’ so that his girlfriend didn’t get upset…well, I bet that song would’ve been only half amazing.

Answer 2 – The biggest challenge has been to remember that the song is what matters. There are so many distractions when you’re a musician. The business side, social networking, setting up tours, etc…that you have to constantly remind yourself to pick up the guitar and write.  Luckily working with Samantha Yonack, I’ve always got someone to keep me in check.

Q: Samantha Yonack’s lovely voice is featured on almost all of your songs.  Any chance you’ll officially become a group:  “Jim & Samantha, the duo”

Jim: Absolutely.  The next record will be a Jim/Sam album for sure.   I’ve been pushing for the name Jamantha – but everyone seems to get physically upset when I say that.  We’ve been listening to a lot of Fleetwood Mac & The Avett Brothers if that gives you a sense of where we’re headed. 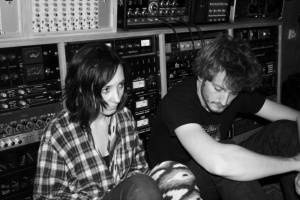 Q: What prompted you to study comedy in college?

Jim: I studied comedy in college because I was always into making people laugh. I actually got into music through trying to make my older brother’s friends laugh with ridiculous songs.  That sort of led me to looking for a college where you could get rewarded for being creative.  In college I focused on film & TV because I was always into making weird stuff. Whether it be songs, videos, websites, etc.  Also, the idea that I could go to school for something where you would get graded and sometimes rewarded for a weird music video about hot dogs seemed pretty awesome to me.

Q: Have you done standup?

Jim: I did standup twice. And both times, it was the worst.  Like, no joke – I still have nightmares about it.  I have so much respect for standup comedians…I’ve always been able to hide behind the guitar and just when a joke or banter gets weird or goes horribly wrong…BAM…I start playing some super sad song that instantly makes the audience go…”oh it’s not big deal – he’s just going through a hard time…we still like him anyway…plus there is a hot girl on stage singing harmony next to him…I LOVE THIS GUY.”

Q: When you write a song, what is the order it comes in — lyrics first or melody first?

Jim: Everything happens all at once. It’s sort of an exorcism type thing.   Play a few chords start making some noises and then hopefully one of those noises is a word like…caravan or carnival or chevrolet.  Then if one of those words feels good, and the melody is working you just sort of paint a story around that.   I know some people who write lyrics and then bring them to a guitar.  I wish I could do that. Most of the time when I try, it sounds like a really bad white-guy-rap-sing-song.  Does that make sense?

Q: You’ve traveled all across the country performing your music. Where has been the most odd or unique place you’ve performed?

Jim: We got paid once to play this team building event in Ojai, CA.  We were so fired up to go and play outside in this scenic mountainous town.  When we showed up the girl greeted us and had set up two chairs under a tree. She basically said, “If you guys just want to sit here and play that would be great.  Everyone will be over there (pointing about 15 yards away at a picnic table) eating and hanging out. Then every 15 minutes or so we’ll move you around.”  We of course agreed that it sounded like the perfect way to execute live music at their event. (yikes)  So we sat down, played songs under a tree…and basically looked like those weird people that play music at a party in the corner and no one is listening.   No microphones or anything. Anyway, we still got paid…and both had self-conscious panic attacks on the way home….it was worth it.

Q: What do you want the world to know about your new album Weddings or Funerals?

Jim: That it comes out April 10th in the US and if they don’t like it…well, that’s okay…but just please don’t EVER tell us that!