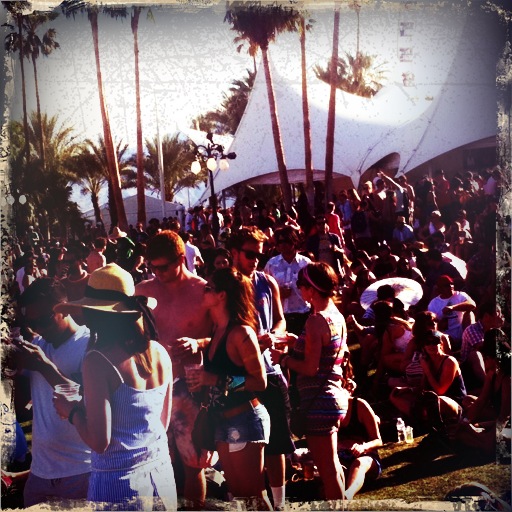 Full review and photos of Weekend One

Coachella weekend one, or as some may call it Coldchella, ended with a case of postpartum depression and fatigue I like to call Coachitus.  However, that being said, weekend two goers roasted in smoldering heat reaching upwards to 105 degrees. Let’s face it no matter what the weather conditions, Coachella is the most wonderful time of the year!

This was my fourth year returning to the festival which is considered in our little group of Coachellaites a week-long New Year’s Eve Party. Although this year’s festival was the first of its kind having two consecutive weekends with the exact lineup both selling out before you can yell “Coachella!” I along with other die-hards bought our tickets last summer without even knowing the lineup.  Coachella has become a staple not only to Californians but to all music lovers. It is a clean convenient festival with lots of interactive activities, showcasing art installations and bringing together influential music of the past with trendsetters of tomorrow.

Coachella is known for introducing the next big bands, DJ’s and producers as well bringing back music that spans a multitude of generations. They have a tendency to sprinkle some fairy dust by bringing a myriad of surprise guests to perform.

This year they took it to the next level with the hologram heard around the world of the late great, Tupac Shakur, which I must say was pretty fucking dope.  Growing up in the 90’s, it was a treat to have Sunday night filled with some hip hop that united us all and inherently started a multimillion dollar trend. Spawning a myriad of rumors and parody posters of hologram inspired concerts by other celebrities that have passed, providing an excellent opportunity for my very own hologram to attend a few shows. Despite Tupac being the only surprise guest from the other side, there were a few other unexpected appearances to join Dr. Dre and Snoop Dogg on stage like Eminem, Whiz Khalifa and 50 Cent. Rihanna joined Calvin Harris for her hit “We Found Love In A Hopeless Place“ and Usher and performed with David Guetta later that evening. Let’s not forget the outstanding number of celebrity spottings and tweets from Paris Hilton, Melanie Griffith, Colin Hanks and even David “The Hoff” Hasselhoff.

My personal favorites this year were The Rapture, M83, Jimmy Cliff, Flying Lotus, Justice, Explosions in The Sky, Pulp, Miike Snow, Wild Flag, Dre, Snoop, Eminem, Hologram Tupac and the two hour set by my beloved Radiohead. I cried, I fell, I cried some more and fell in love…tear.

I had to miss some other show stoppers throughout the festival, reason being that I have seen them recently and I know how great they are live: Black Keys, (CCR John Fogerty joined them live weekend two), Kaskade, Santigold, and Girl Talk. (If you are lucky to live in the LA area these acts become more accessible). Bands that I really wanted to see and decided not to throw a fourteen year old temper tantrum when they were missed were legendary punk/ska bands like The Buzzcocks and Madness, the eclectic sounds of Beats Antique and Metronomy, and newer discoveries like Tune Yards, St. Vincent, Neon Indian, SBTRKT, A$AP Rocky, and my new obsession, Azealia Banks. You can’t do it all people, plus let’s not forget Coachella is also an arts festival with so many activities to offer!

This year’s extracurricular activities involved ZIA Record Exchange as the Official Music Retailer and Artist/Band signing tent at this year’s festival for both weekends where you have a chance to shop for new and used records & CDs and get your album signed by some of the performers: The Black Keys, Santigold, Feist, M83, Florence + The Machine, Arctic Monkeys, The Refused, Miike Snow, Mike Watt, Grouplove, The Black Angels, Kimbra, Grace Potter & The Nocturnals, and St. Vincent. 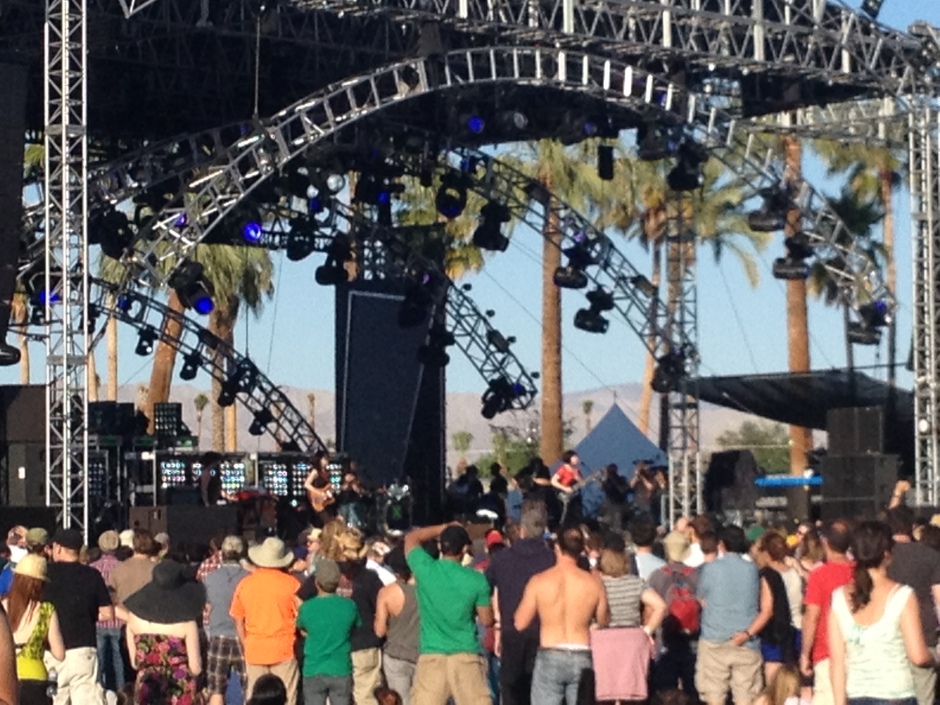 But Red Bull’s Speakeasy was an awesome touch nestled in the beer garden, near the main stage and only let you in if you had the password, and if you don’t have the password but are savvy they’ll give you a hint. Big shout out to the Culture Marketing Manager, Monica Glass and her team for putting a 1920’s speakeasy in the middle of hipster central. The bartenders and servers were clad in era accurate garb and they even had a station for taking old time photos. Playstation also represented for the gaming community this year. Also worth seeing: the installations of the Triad, Wave, Starry Bamboo, Hotshot The Robot, the lovely ferris wheel, and everyone’s favorite the Land Sharks. Let us not forget how to cool off and dance your ass off at the ever so popular “The Do Lab.” 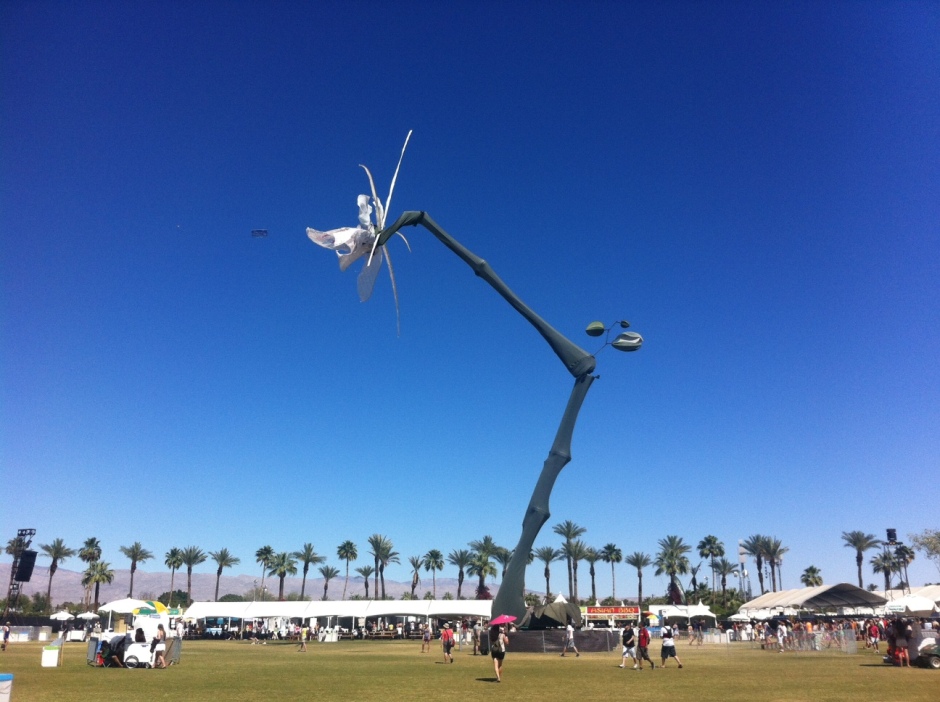 Here are a few tips on how to make Coachella run smoothly for you. I suggest buying a shuttle pass as to not get stuck in that torture chamber of a parking lot when the show is over. Trust me people, everyone might love you while the music is playing but once you are stuck for three hours in a parking lot with day hangovers, people coming down and those of us who are just plain tired, the euphoria felt a few hours prior will wear off. Also if you are on a budget, Coachella offers incredible layaway plans for a basic 30 bucks a month with 80 down so you don’t have to pay everything all at once, unless you prefer to get it over with and lay down the $320 or $800-plus for VIP.  Since this is only offered in pre-release, meaning a few months after the festival just ended and without a lineup, you will have to just trust that no matter what, it’s worth it, in the end it always is. Also iPhone and Android users download the Coachella app. It shows you set times, maps and even sets reminders.

By now both weekends have passed, countless tweets, reviews and articles have been written, read and re-posted, and I can assure you every single one of those in attendance had an amazing time. See you next year Coachellaites! Coachella 2013!