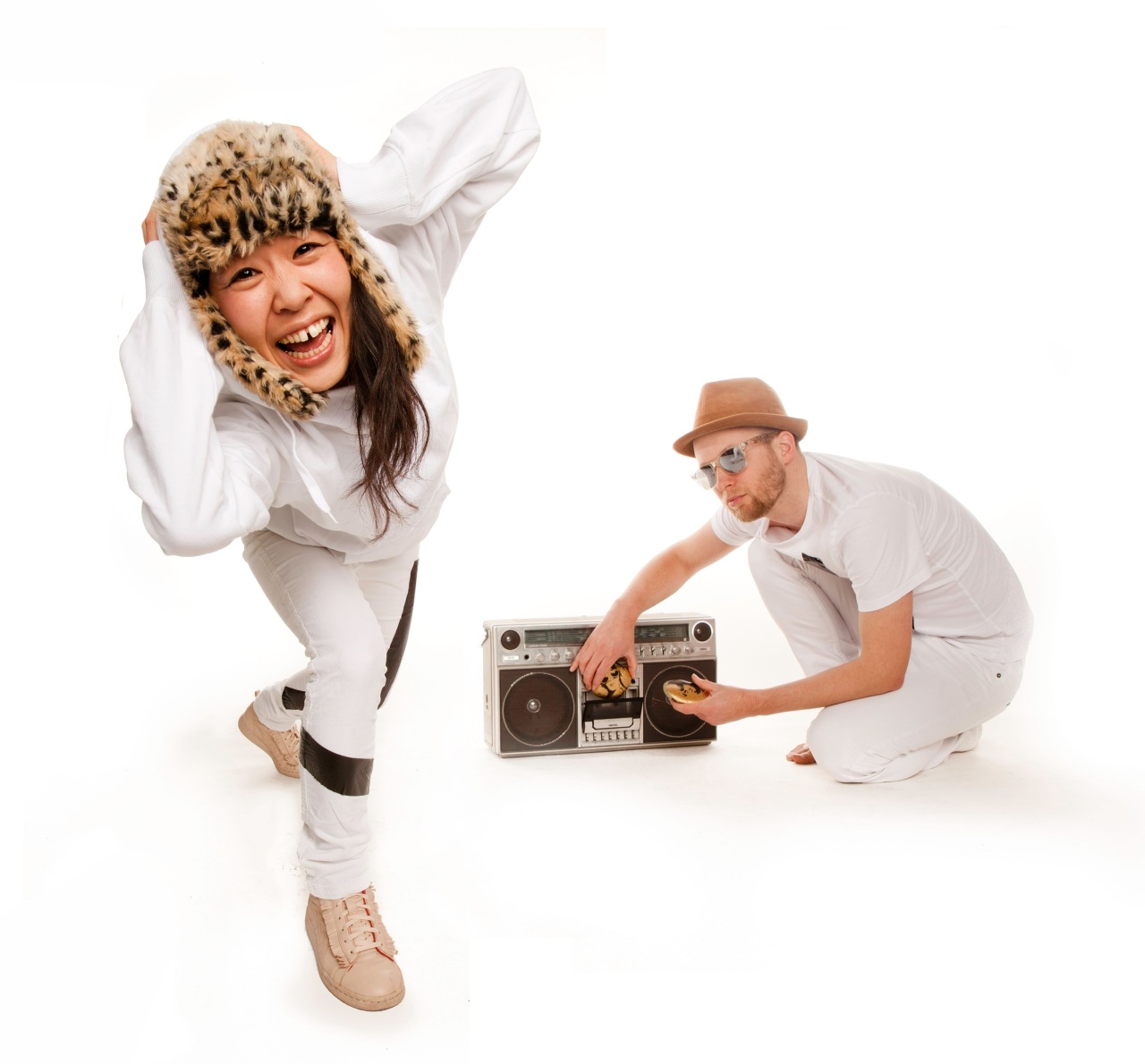 We talk to creative duo Tim and Puma Mimi about their new album The Stone Collection of Tim and Puma Mimi.  Separated by distance for years (Tim in Zurich and Mimi in Japan), they traveled back and forth and produced their songs in passing, editing in airports and subways, and played their live gigs connected by Skype.  For our interview, since the two now reside in Switzerland and I’m in California, it seemed quite fitting to talk via Skype. Unfortunately, the video didn’t record correctly (I’m not as technically experienced) and thus, this is the transcript of our detailed conversation, in which we discover that Mimi really does collect stones, and Tim often plays music from a cucumber.

Q. Can you tell me how you met and began working together?

Mimi:     We met in the Netherlands in Utrecht. We were in school there, in different schools, we were students there. And then we met at a Santa Claus party at the end of 2003. We talked about music and then he asked me to sing for him. And after that, Christian (Tim) went back to Switzerland and I visited him and we started recording. In two weeks, three songs. That’s how we started.

Mimi:     Skype concerts was much, much later. We started Skype concerts in 2007. Because we lived long distance — Switzerland and Japan. So we often talked by Skype. And then one day, after this Skype session goes really long, like 2 hours, we turn on the Skype and start cooking, eating, and doing other things. And then [he] started to sing, or I started to sing, I don’t know how we started, but then we started to play music. Christian came up with the idea, ‘oh maybe this works as an experimental Skype session.’ That was 2007.

Q. Ever have any technical problems when you were doing a Skype concert?

Tim:      Yeah, it was always stressful. Sometimes Mimi disappeared, like the window was closing, and I had to call again, and sometimes we had to finish songs without voice. But the audience was quite open minded to this.

Q. Will you continue concerts like this in the future, because now you’re both living in the same place, right?

Mimi:     Actually we play more in real shows [now], like normal musicians. But if we have occasion, because I sometimes go back to Japan, so maybe. We don’t say we stop completely Skype show, but much less than before, that’s for sure.

Tim:     I started real early. I listened to my father’s records, like the Beatles, and played on pans with sticks, when I was 5 or 6 years old. Then later I played on my mother’s piano. When I was 16 I got a synthesizer and a four track recorder. And then I started to play in bands at 17.

Mimi:     Me, I don’t play any musical instruments. I learned piano when I was little for a couple of years, but it didn’t work. So I don’t play any musical instruments. I loved music since I was a child. I was more keen on dancing with music I think. My mother told me, since I was really little, I was dancing all day with pop songs. I started playing music when I was in my 20’s. My friends started a band, my university classmates. And that was the start of my involvement in the music scene.

Q. On your new album, some of your songs are inspired by the Tokyo train ringtones. First, can you explain to us what the ringtones are, for those of us who have never been there?

Tim:     In Tokyo in the subway, each stop has a melody. So when the train arrives, there comes this melody. And when the train goes again, it plays the melody again. Each stop has a different melody. And some of them are really composed, a little classical music even. You hear it everyday when you travel. You hear these melodies and its really connected to the subway feeling. I thought it could be nice to make songs, to take this melody and build a beat and a bass line to that.

Q. Your cucumber invention — does it really work? Does music really come out of a cucumber?

Tim:     Yes it really works. The sound is made by a little generator and then the needles make high and low notes.

Q.  What are your future plans? Are you performing anywhere in the next few months?

Mimi:    Yes, this weekend we go to the Woodrock Festival, which is the countryside of Switzerland. And then the biggest one is July 14th we are going to play at the Gurtenfestival in Switzerland.

Q. Your new album is called “The Stone Collection of Tim and Puma Mimi.” Do you really collect stones?

Mimi:     Yes. [At this point, Mimi shows me her vast stone collection, including pine cones. The stones are all sizes and colors.] These ones I found in Italy at the beach. Every stone I pick up I love it. Sometimes the stone is quite normal. On the other hand if you look carefully, you find something nice. I like the shape of stones. You touch it and its smooth round. It feels good to touch it. And also it depends on the place. How they sit out in the sun, how the minerals inside the stone. So in Italy by the beach the stones are blue or green. And then in the high mountain of Switzerland, stones are more like a white crystal. That kind of thing. It’s nothing special, but still quite special. That’s what I like about them.

Discover more about Tim and Puma Mimi at their official site: Timpuma.ch

One thought on “Tim and Puma Mimi: Love and music via Skype”