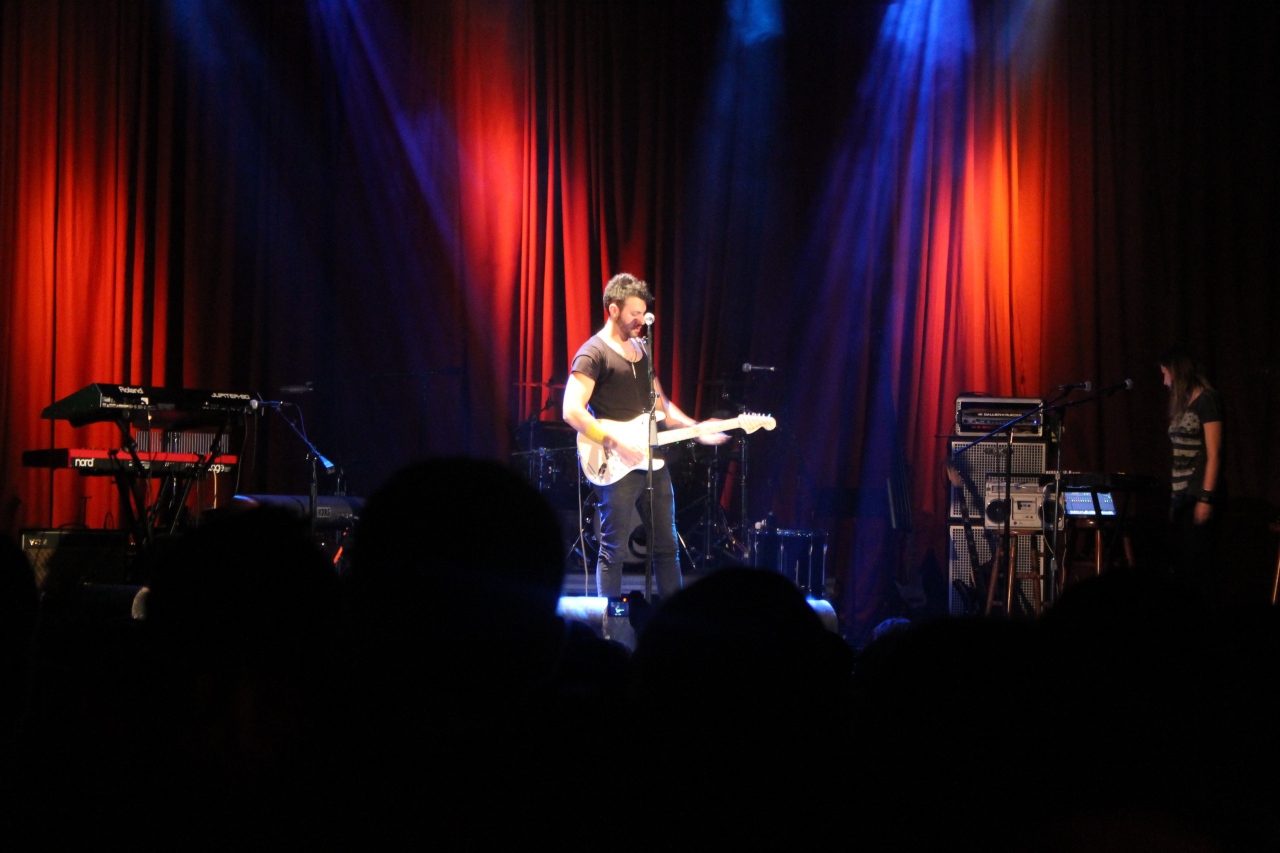 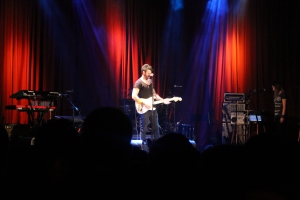 [Story and photos by Monica Harris]

It takes talent to keep the crowd’s attention when you’re the opening act. Ryan Star knows how. His electrifying stage performance draws you in with his words and emotion. He has a way of keeping your eyes on him at all times, using his body and voice to emote the lyrics of his original songs, as I witnessed once again last night at the House of Blues-Anaheim. The tall, handsome multi-talented musician captured the crowd’s attention with fan favorites Last Train Home, Start a Fire, Breathe, and ended with the full-house singing along to his rendition of Don’t Stop Believin’.  Although I was disappointed his set was much too short (30 minutes?), his music placed an imprint on the crowd as they awaited the night’s headliner Andy Grammer.

For the past few years, Star, who’s music can be heard on TV shows such as Vampire Diaries and Lie to Me, has been performing across the nation, opening for headliners David Cook, Bon Jovi, Gavin Degraw, and others. Star always leaves the audience wanting more, wanting to discover who this powerful voice belongs to, eager to look up his music and heartfelt lyrics. No offense to Mr. Grammer or any of the other “headliners” who he has opened for through the years, but Star knows how to hold his own and steal the show and the hearts of the audience, as he proved again at last night’s show. Its time Ryan Star be the headliner.

Our video of Ryan Star performing “Breathe” at House of Blues: